You are here:
Aeronautics & Defence 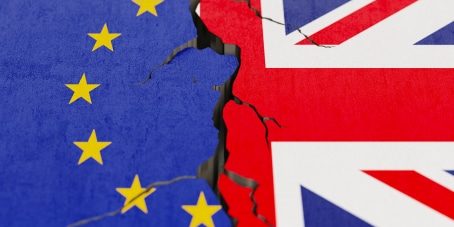 Theresa May’s Brexit Withdrawal Agreement has failed in the House of Commons: whilst a very hard Brexit is the default option currently with the UK leaving the EU with no deal, a softer Brexit or no Brexit is forecasted.

Theresa May’s Brexit Withdrawal Agreement failed in a House of Commons vote on 15th January 2019. The defeat, however, was bigger than expected with 432 votes against vs 202 votes in favour. With 71 days to go until 29th March 2019 the current default pathway is for the UK to leave the EU with no deal, as it seems the UK and EU will find it difficult to agree on a compromise Brexit agreement in such a short space of time. As expected, May’s government survived a no confidence vote yesterday (Wednesday 16th January) due to all wings of her Conservative Party (including the hard Brexiteers) and May’s supporting Northern Irish party DUP backing the government. Therefore the probability of a snap general election is now very low. Whilst the Brexit negotiations are difficult to predict and ever-changing, after considering all the eventualities and next steps outlined below Eurogroup Consulting forecasts a softer Brexit or no Brexit potentially via a 2nd referendum.

Therefore we believe there are 2 likely outcomes:

What does a soft Brexit mean for the UK financial services ecosystem and in particular the corporate and investment banking (CIB) industry?

Legacy banks and innovation : a talk with Dion Lisle
10 May 2019